“Just as ripples spread out when a single pebble is dropped into water,
the actions of individuals can have far-reaching effects.”
-Dalai Lama

Small actions can have a large positive impact. Even in the face of something seemingly insurmountable. My colleagues and I refer to these as “2% actions.”  When something feels insurmountable, thinking of a 2% action can boil the bigness down, leaving something actionable and less intimidating. 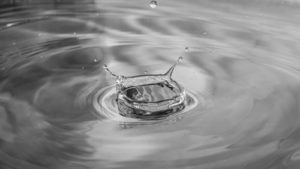 For example, one might think of elevating 2% more bravery when feeling anxious about taking a stand on an important issue. For one person, that 2% action might be making a phone call to connect with a like-minded friend. To another, it might look like attending a protest for the cause. Either way, that small action can be the difference between creating a positive ripple effect and maintaining the status quo.

Sometimes we have the good fortune of seeing and feeling the ripple effect.
A participant in one of my workshops turned kindness inward when struggling with the unexpected loss of a close family member. She gave herself the gift of a massage to help her relax during this difficult time. For some, this might be a weekly ritual; for her it was a 2% step. Something out-of-the-ordinary that she wouldn’t normally afford herself. She typically tended to other family members, helping them manage and deal with their struggles. By focusing on herself in this small way, she noticed that she was in dire need, and deserving, of tender loving care also.

This act of kindness was like a springboard to wiser self-care, which in turn is helping her move through her grief. By tending to her own needs, she says, she can be a better support for others and manage her work life and personal relationships more effectively. A small act of kindness turned inward created a ripple effect of resilience and strength.

Sometimes the ripple effect isn’t known for weeks, months, or even longer.
I was with a team of people getting ready to lead a webinar. There was a problem with the technology, so our technology liaison took the lead, demonstrating her command of the platform as she began troubleshooting. Most impressively, she maintained her cool as the webinar was scheduled to begin in four minutes, deftly getting us back up and running in five.

I quickly spotted and named her strengths of creativity, as she easily connected the dots of this unique situation; judgment, as her critical thinking helped analyze different solutions; and perseverance, as she continued methodically until the platform was running smoothly again. Others joined in the strengths-spotting.

All of a sudden, it got completely quiet. After a few seconds of silence, she thanked us for noticing her strengths. Months later, she emailed me to note the impact that moment still had on her, and how it shifted her view of herself and her work on a terribly difficult day.

Sometimes the ripple effect isn’t known at all.
A client wanted to informally introduce some of his newfound strengths wisdom to a few co-workers. They had expressed interest, so he asked them to take the free VIA survey of character strengths. He then offered to help them explore their strengths in a brief conversation together. They took the survey and commented on how interesting their results were, but none took him up on his offer. He felt it didn’t land with them at all and wondered why. He elevated his curiosity and asked them directly. In a nutshell, it wasn’t good timing. Not every pebble dropped will create an immediate ripple effect, but that doesn’t mean it won’t in the future. You just might not know about it.

Drop the pebble anyway.
Whether you’re struggling with what seems like an insurmountable obstacle in life or you wish to be a positive presence in the world, try taking a small 2% action such as turning a character strength inward, strengths-spotting someone close to you, or sharing your strengths wisdom. The ripple you create won’t always be known to you, but don’t let that deter you from dropping the pebble.

Rise and Thrive in 2019: A Strengths-FueledPath
Interested in taking a deep dive into character strengths? Join us as we launch our 5th group of strengths enthusiasts developing a more meaningful awareness of their character strengths and spreading their wisdom to family, team members, clients, and friends. Our next group begins Tuesday, April 30. For details, click here.

Power Up: Strengthening Your Strengths 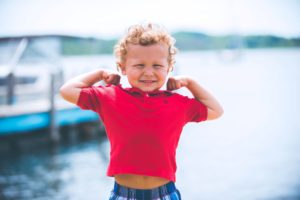 Are you ready to power up? Learn more today.

You have Successfully Subscribed!